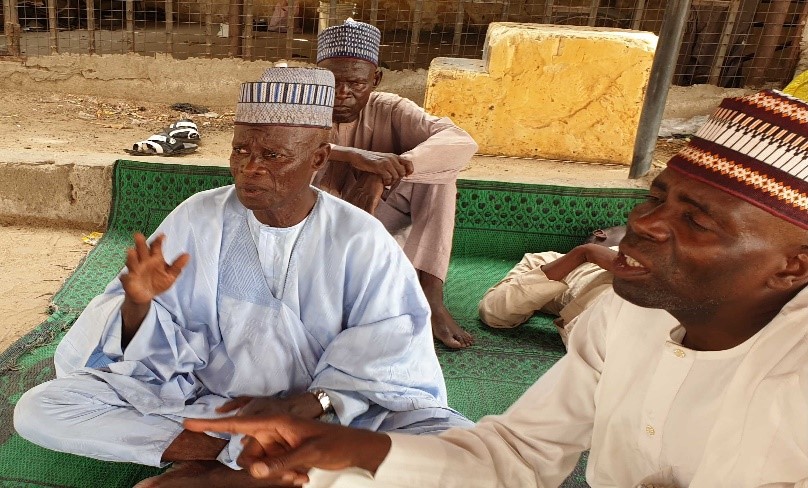 Overview
Daily, numerous inconsiderate activities of the residents of a community often create heaps of obstacles to communal peace, which often generate potential issues of larger communal conflicts. Often, such obstacles rise from what the community initially dismisses as just ignorable specks placed, although inconsiderately, by a resident for whatever reason, which every other resident can easily bypass.

Two of such instances were witnessed recently at two wards of Mairi, Jere Local Government Area. For various reasons, the instances, which seemed ignorable initially, gradually concretized to real obstacles to communal peace and progress under the eyes of the residents and community leaders, who were eventually plunged into confusion and hopelessness over how to clear the obstacles to restore free flow of peace and the rights of all to the common good.

MCN and the British Council, facilitated by HCDI, intervened by contributing specks of ideas, which fortunately bolstered the conflict averting and resolution capacities of the affected communities, through the Community Peace and Safety Platform (CPSP), to clear the obstacles themselves without much ado. Those obstacles to peace are now history.

Mairi ‘A’ Ward – Community Clears Obstacle to Peace.
About five months ago, an unscrupulous petrol seller popularly called Uban Labaran, who was described by residents as a political thug, arrogantly blocked the entrance to a lane of the tarred road leading to the Village Head’s palace at a ‘T’ junction connecting the main Maiduguri-Bama Road, completely inconsiderate, in a care-no-hoot-whose-ox-is-gored manner, of the huge traffic congestion his action caused to other road users and buyers and sellers in the adjoining market.
Uban Labaran’s blockage of the lane with tyres and jerry cans and a small billboard carrying the message of one of the leading political parties, swerved and restricted vehicular and human traffic to the only one lane left, creating huge congestion there as cars, commuter-service tricycles, traders and pedestrian passers-by struggled with each for passage. 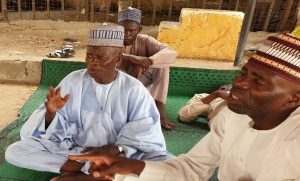 “Our problem has been marvellously resolved. Everyone now enjoys free access to the road.”

With the ensuing brawls among the huge number of the users of the only one lane, the lane blockage constituted a matter for grave concern, especially to the community leaders and the traders association of the adjoining market.

Confused over how to resolve the matter, they approached MCN and the British Council, through HCDI, which offered them the marvellous idea they developed, by using the instrument of the CPSP of Jere, comprising the Police, Nigeria Security and Civil Defence Corp (NSCDC), Directorate of State Security (DSS), the Road Safety Corp, communities and religious leaders, the traders association and the tricycles operators union in a sensitization campaign about the right of all to the road.

In the process, Uban Labaran was not only persuaded to remove the obstacles he had placed on the lane, but even joined in preaching peace.
That obstacle to peace is now history. All road users now have free access to the two lanes of the road, facilitating free and safe traffic flow. 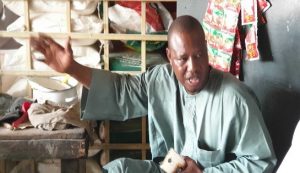 The Chairman of the Traders Association, Alhaji Usman Ngari

“The intervention has reduced traffic congestion to the barest minimum. We now enjoy free passage on the road.”

Mairi Kuwait – Residents Breathe Fresh Air.
A huge waste dump grew over time in vast field amidst some residential houses and business shops at a section of this ward.
It constituted a matter for serious concern to the residents when it peaked at a state obstructing free traffic flow and constituting serious health hazard, as the wind often blows particles of the waste into cooking utensils, eatables and various commodities in the encircling homes and shops, apart from the residents and passersby inhaling the offensively smelling gas emitted by it.

The matter subsequently began to show threats to the peace of the neighbourhood, with increased grumblings among the encircling residents, some of whom threaten to pick troubles with their fellows throwing waste there.

Using the CPSP approach, MCN and the British Council, with the instrument of HCDI, intervened, and the initial huge waste heap was not only evacuated, an arrangement was put in place for the Borno State Environmental Protection Agency (BOSEPA) to evacuate the waste heaped there monthly.